LLC "SWISS KRONO" (Russia) today placed its first lot on the market, offering 10 TMUs (mitigation units issued in DAO IPCI blockchain) for 50 MITO. The prototype for monetizing and tokenizing of green certificates and carbon credits has been launched this week. 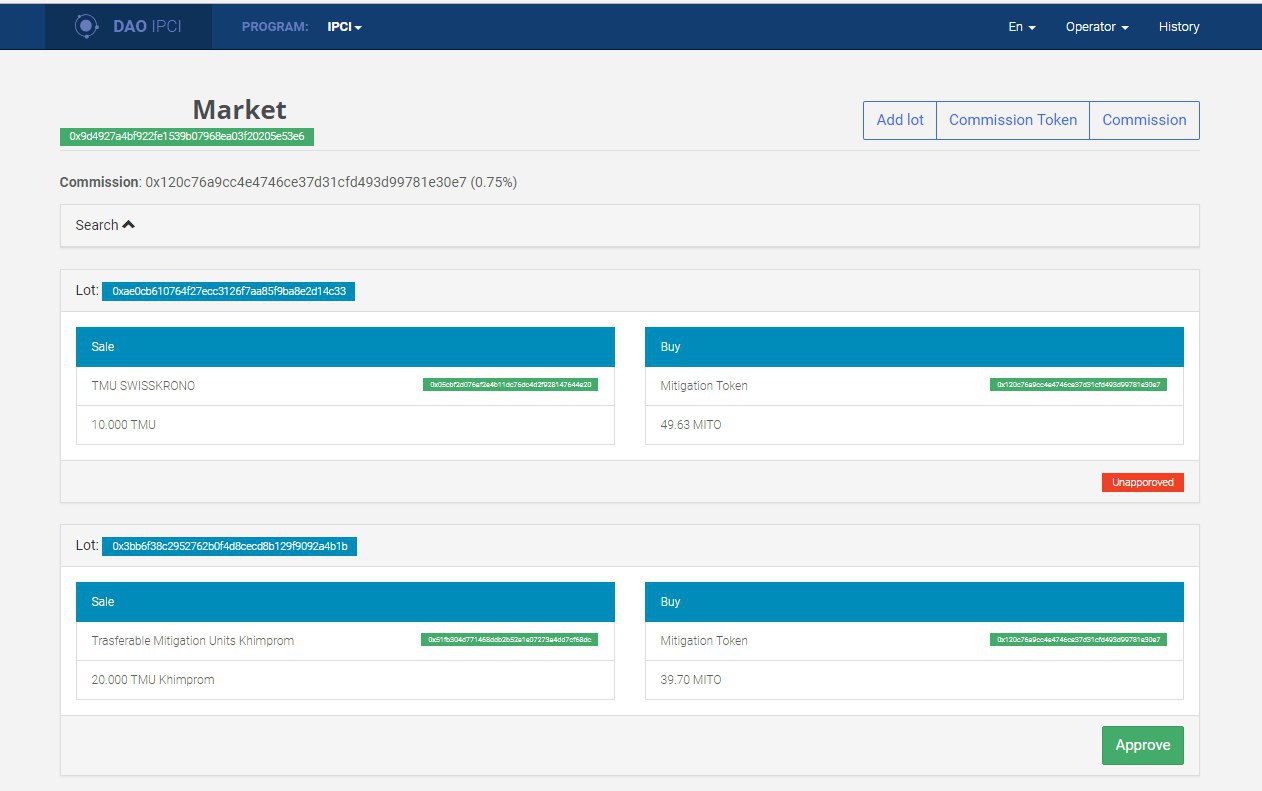 MITO - Mitigation Token - was designed to unite global green finance markets by acting as exchange vehicle allowing to monetize all types of environmental assets. MITO is based on the DAO IPCI protocol that has been in place since early 2017 pioneering the world’s first carbon credit transaction on the blockchain.

In April 2018 1.5 mln tradable carbon units were issued in DAO IPCI system by fibreboard manufacturer LLC "SWISS KRONO" operating in Russia. From 1 January 2013 to 30 June 2017 its reduction of GHG emissions made 1 491 861 tons of CO2, as evaluation by KPMG confirmed. The company's GHG emission reductions were achieved by replacing fossil fuels with biofuel (wood waste) within the company’s production facility in the town of Sharya (Kostroma Region, Russia).

The project not only cut down GHG emission produced by burning fossil fuels, but also reduced methane formation in the city landfills thanks to waste utilization within the manufacturing facility. These efforts correspond to the goals of Paris Climate Agreement that stands for reducing GHG emissions and keeping global warming below 2 degrees Celsius above the pre-industrial levels.