Possibility of peer-to-peer transactions, transparency and immutability of data, provided by blockchain can help make climate finance market more inclusive: this was the central idea of the COP24 official side event “Decentralized Integrity: Climate Finance and Carbon Markets” that took place on December 14. 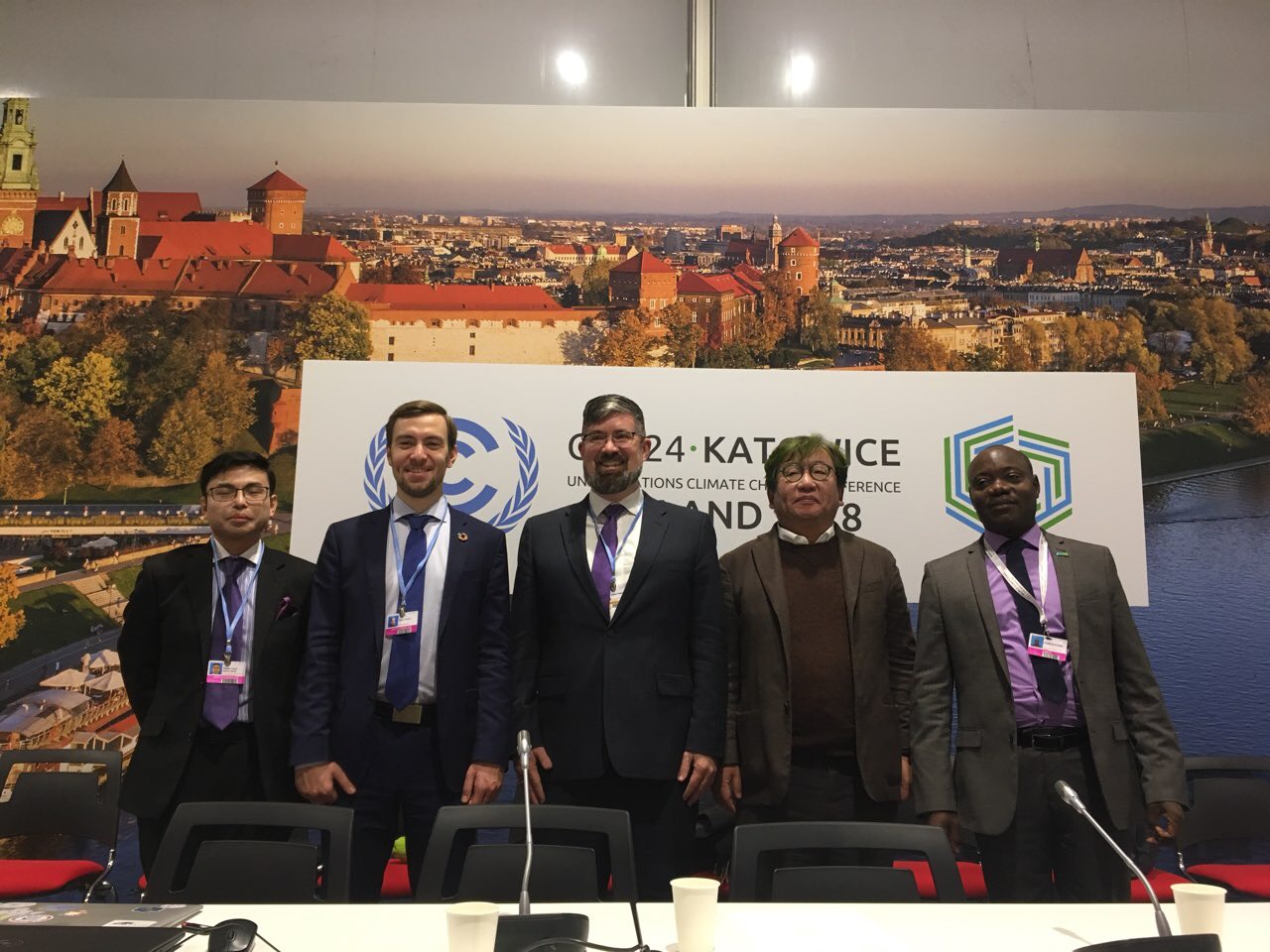 The panel focused on climate finance which helps bring funds to climate-oriented projects such as forest-planting, carbon sinks, renewable energy facilities and various kinds of clean technologies that may cost a fortune to some of countries to implement.

“To keep the global temperature rise at 1,5-2 degrees above the pre-industrial level we need $500 billion per year by 2030 and potentially significantly more for the adaptation if the targets for temperature rise are not met. Another Imperative is transparency. In 2016 only half of the countries complied with UNFCCC transparency requirements in order that their climate fundings could be trackable. The third imperative is to help developing countries to access climate finance. Many of them can not meet the stringent accreditation requirements for international climate funds, and it often takes years for climate projects to obtain funding through different intermediaries. We simply don’t have the luxury to wait given the urgency to addressing climate change,” described the situation Alastair Marke, Director-General of Blockchain Climate Institute. 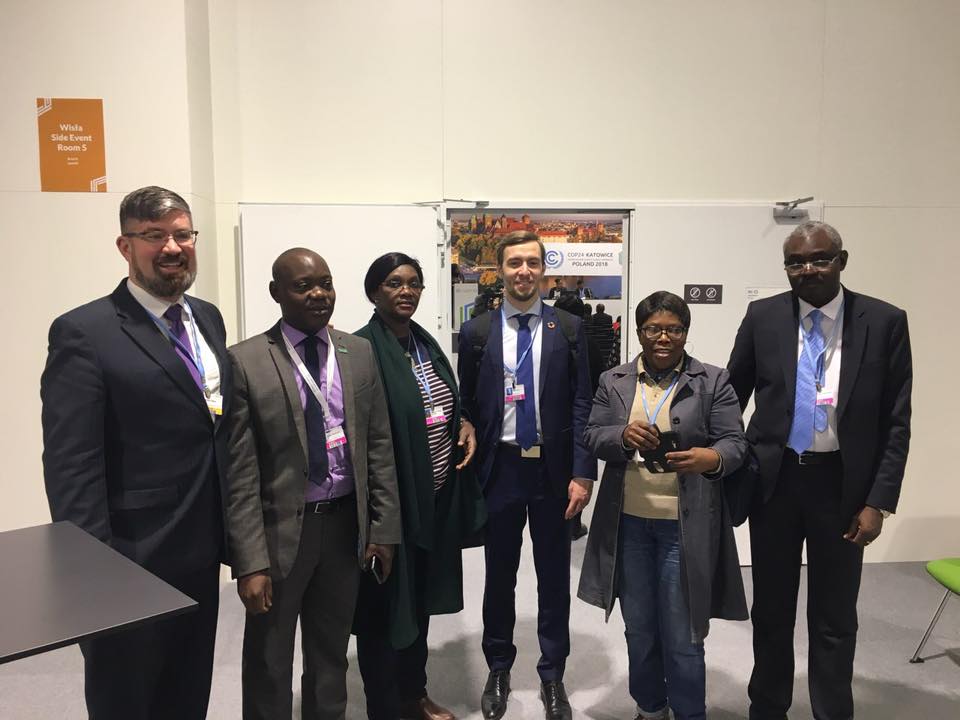 Climate change expert and consultant Joseph Badevokila from Climate Technologies Center and Network spoke about the barriers for climate finance for the vulnerable states. He comes from Congo, one of the countries where the effects of climate change are quite visible today. “River Congo, which used to be nearly as large as the Amazon, is drying out. You cannot navigate it any more. It used to be the main road for the goods coming from Chad, Cameroon and other countries. Now it’s impossible to use: in some places its depth is less than three meters,” he told the guests.

Mr. Badevokila stressed that the global warming disrupts the change of seasons and the agricultural cycle, threatening the food safety of Congo and other African countries. However, wide application of blockchain-based climate finance system could unite these nations in their fight against the devastating consequences of global warming. 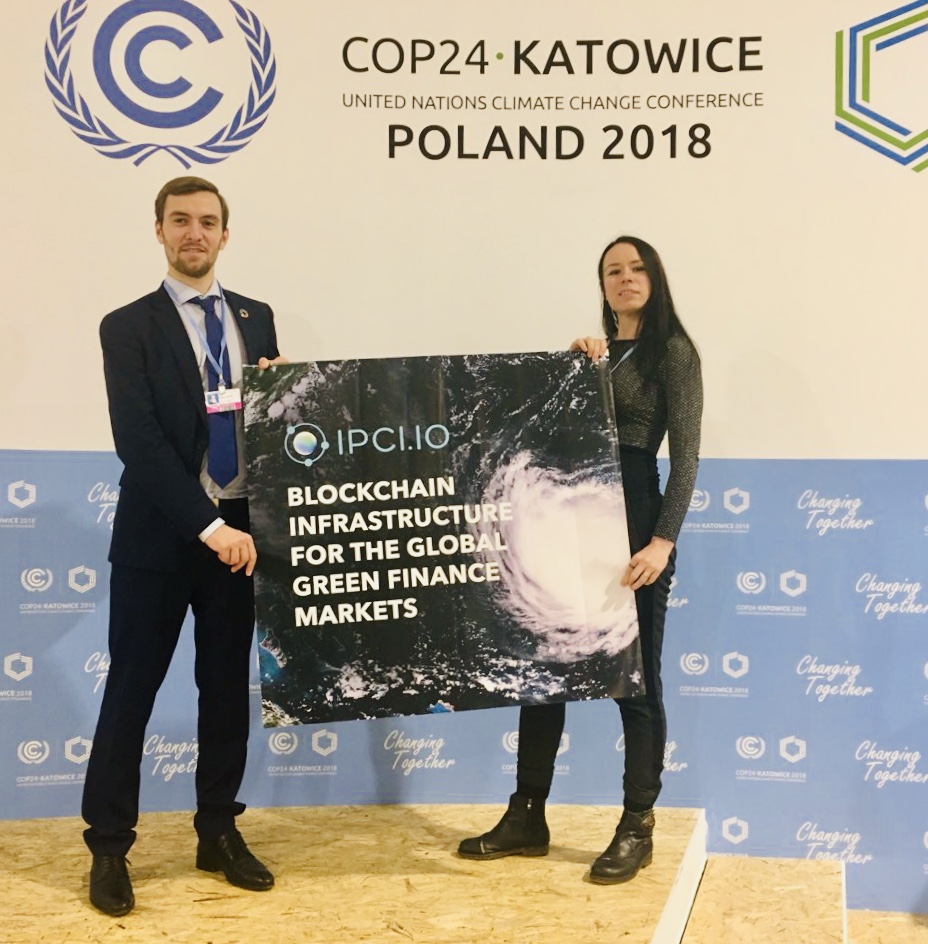 “The aim of the project is to bring climate finance to the unbanked states”, stressed Alexey Shadrin, representing the use cases of DAO IPCI, the game-changing blockchain solution for carbon markets based on smart contracts which execute automatically, lowering the risk of fraud. The process of launching an environmental project on DAO IPCI blockchain had been demonstrated live at COP24 by its developers Sergey Lonshakov and Alisher Khassanov.

“The absence of intermediaries makes the launch of environmental project free and the issuance of verified carbon reductions up to 10 times cheaper than in the traditional carbon registries.”

In 2018 DAO IPCI protocol is being deployed by a Renewable Energy project developer to reward people in remote villages for using solar energy. The blockchain gets data from smart meters thatmeasure electricity consumption. Given the amount of energy used, the smart contracts will calculate the reward in tradable tokens. Besides Chile, (the host of COP25 next year) this project is now scaling to Africa and Brazil. Another project, accessible here and now, is the Carbon Offset Calculator, which allows air travelers mitigate their carbon footprint by buying carbon credits from existing environmental projects.

Joseph Pallant, a pioneering offset developer and founder of Blockchain for Climate Foundation, told attendees that blockchain technology presents the best solution for implementing Article 6 of the Paris Agreement “enabling cooperation in emissions reductions and investment across borders”.

For this purposes they would need ITMO - Internationally Transferable Mitigation Outcome of CO2 emission reduction, a carbon asset aimed to track the transfers of CO2 reductions between national accounts and to ensure the transparency required by the Paris Agreement.

“With blockchain, we can store individual information within the individual token, we can have one-time token for every ITMO, which will contain the information about country, project, unit and transaction,” Mr. Pallant said. To start leading the way for the best practices, he works on blockchainizing Canada’s national Carbon Account.

Sang-Hyup Kim, chairman of Coalition for Our Common Future, invited people with ambitious projects in blockchain industry and green technology to develop them on the Korean “blockchain island”. Though South Korea is the state which prohibited all kinds of ICO. However, not to miss the advantages brought by blockchain, the authorities allowed creating a special zone.

The self-governing province of Jeju is the largest island of Korea with about 700,000 people living there. What’s unique about it, it’s going to be special zone with regulatory sandbox without strict regulations for blockchain. Besides, Jeju has set the goal to become the carbon-free island by the year 2030 and actively implements innovative tools for energy: smart grids and storage systems. In Jeju ICOs will be permitted, and blockchain technologies will be applied to public services to upgrade their efficiency.

Blockchain Climate Institute (BCI), a think tank and advisory group which unites 80 experts from 30 countries, studies the opportunities to apply distributed ledger technology to such climate-related areas as: renewable energy investments, emissions trading and adaptation finance. The experts of the institute have issued the book “Transforming Climate Finance and Green Investments with Blockchain” to promote blockchain solutions which can accelerate global climate action and make them visible to the global audience. The role of Blockchain Climate Institute is to bring together policy-makers and innovators”.